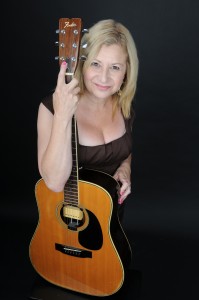 Gardens In The Concrete. A picture can paint a thousand words, and like that picture,this visual title can provoke and paint a hundred thoughts from just one simple image.The same can be said for Teri Danz’s music.

While most artists are trying to “invent themselves,” Teri is not afraid of staying with her roots. From her dance/club hit in the early 90’s, to her raw and edgy indie rock debut; to smooth R&B hip/hop tracks and an upcoming country turn, her vocals reflect an earlier time- when singing had to have a certain depth, power and subtlety. Over her long and distinguished career, industry notables such as the late Ian Copeland (The Police) and many others have been moved and delighted by her soulful mezzo voice, inspired songs and passionate performances. Her music is infused with its own unique brand of singer songwriter – merging the dark and the light of having loved, lost and then being found again – for herself and others. The lyrics reflect her “confessional girl” approach and philosophy of reclaiming yourself and starting anew; in the process, taking a stand on what truly matters in life.

This appeal is clearly resonated in Teri’s debut album and beyond. For example, in the song Better, Teri shares her perspective on new relationships after we have been through a long term one. Too often we find ourselves in the”need of” and “wanting” someone, anyone, instead of waiting for the “right “one. We are quickly fascinated with someone only to learn that after that initial attraction phase has passed, they are not who we thought they were. We want to settle for them anyway, even though we “know” they won’t be different; instead of walking away and being true to ourselves and what we need. The courage is in being able to live with the disappointment, the emptiness, and trusting that if we wait, what we get will be so much “better” than we could ever imagine.

This theme is carried over into Drowning and that desperate feeling we have for someone to save us from all of our problems and life in general. It’s the search for the wrong answer instead of believing in ourselves and our abilities to make our own life better. This new quest we need to take is addressed in The Road, where Teri talks about the “necessity” for us to move past our family history and beliefs; creating our own path instead of accepting what has been taught and blaming others for what has or hasn’t been given us. She also describes that trying time when we begin to live our own life, our own dreams, and the ire others may have for us when we no longer comply with what they want for us.

In the R&B hip/hop song, Don’t Try, Teri tells the story of a woman whose lover refuses to accept the possibility that she might indeed be pregnant, and if it’s her last chance to conceive, she wants to keep it. Her voice portrays the pain, the disappointment and resolve in the face of no support or understanding, and the willingness to move on with what you know is right.

Gardens In The Concrete is more than Teri Danz’s story of her life, relationships, frustrations, obstacles, and search for something better. It is a challenge to all of us; to contemplate the events in our lives, to have the courage to take a new road, if necessary and finally, to reclaim ourselves, becoming the person we were truly meant to be.